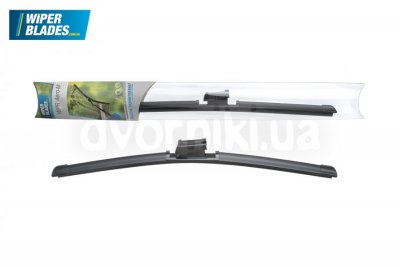 Front, 2 wipers
650+400 mm
650 UAH
• budget option of frameless wipers
• compromise solution in terms of price and service life
• wipers on the ukrainian market since 2010
• work equally well at any time of the year
• work great at any speed
• made under the control of dvorniki.ua in China 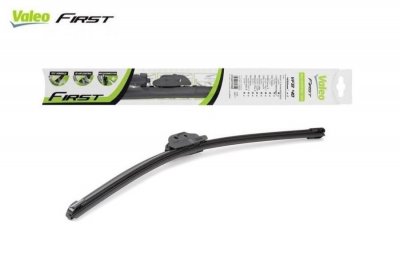 Front, 2 wipers
650+400 mm
780 UAH
• economic line of frameless wipers from the French company Valeo
• thoughtful and easy-to-install mounts
• optimal shape of the spoiler provides good pressure on all windshields and for all speeds
• the rubber made with Tec2 technology for greater durability
• will cope both in winter and in summer
• made in Indonesia 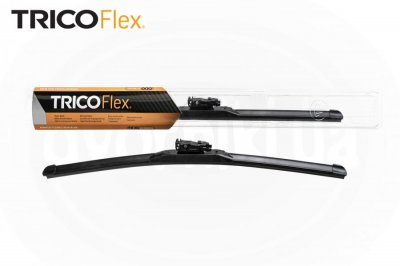 Front, 2 wipers
650+400 mm
930 UAH
• mass series of frameless Trico wipers
• proven wipers that have earned popularity in the American market
• in comparison with Neoform, the lifetime is increased from 1 to 1.5 million cycles
• the best price-quality ratio among frameless wipers
• clean windshield equally well in any weather
• brand from USA, production in Mexico 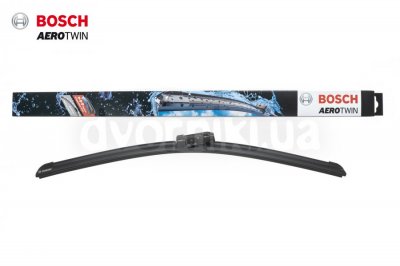 Front, 2 wipers
650+380 mm
990 UAH
• the most popular frameless wipers in the EU and Ukraine for over 15 years
• have a conservative appearance
• tested at higher speeds
• equipped with a cleaning rubber with a complex patented composition
• clean equally well at any time of the year
• rubber with innovative polymer coating Power Protection Plus - less wear, quieter operation
• made in Belgium 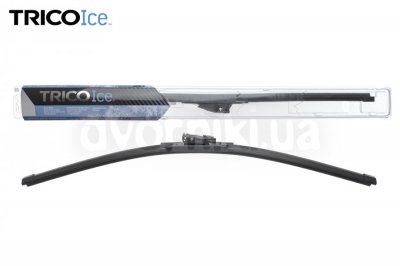 Front, 2 wipers
650+400 mm
1160 UAH
• the best frameless winter wipers in the world
• originally designed for the demanding US market and snowy conditions
• кeinforced "bulldozer" design perfectly copes with the spreading of snow
• rubber coating contains Teflon®, reducing frostbite on the wiper body
• perform better than other brushes in the cold season
• brand from USA, production in Mexico 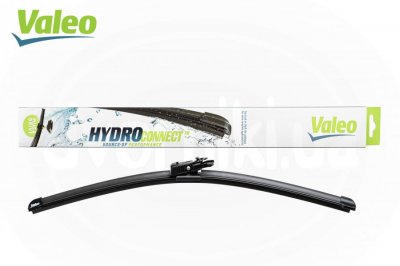 Front, 2 wipers
650+400 mm
1450 UAH, скидка –10%
1305 UAH
Sale! Get ready for the rain, Valeo French wipers are on sale!
• the most technologically advanced line of frameless wipers from a leading auto parts manufacturer - French Valeo
• asymmetric spoiler - perfect aerodynamics at any speed
• protective coating on the body, increasing the life of the wipers
• laconic design - a godsend for connoisseurs of minimalism
• ergonomic mountings - easy installation
• wipers and other auto parts of this manufacturer are installed as original on a number of cars: BMW, Renault, Ford, GM and others
• made in France 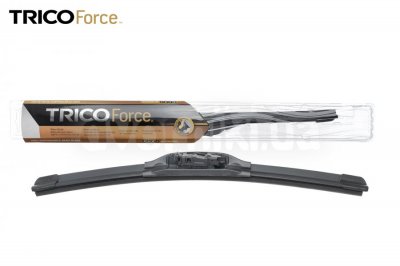 Front, 2 wipers
650+400 mm
1340 UAH
• Vortec™ airfoil for maximum windshield contact
• Unique spoiler reduces brush lift at speeds up to 220 km/h
• ensures quiet operation with minimal vibration
• the best frameless brushes on the market
• one-piece design of the windscreen wiper does not clog with snow and ice
• brand from USA, production in Mexico